The Future of the Aged Care Industry 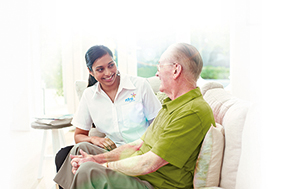 The statistics regarding the future of aged care can be astounding. If dementia were a country, it would be the world’s 18th largest economy. If dementia was a company it would exceed American giant Wal-Mart’s profits by almost US$200 billion and Exxon Mobil’s profits by almost $US300 billion. The sheer cost and growth of dementia means that, according to Alzheimer’s Australia, Australia will face a shortage of 150,000 paid and unpaid carers by 2030.

One of the causes of this, is the growing demand for skilled workers to provide care for the elderly, particularly those who are living with dementia. Alzheimer's Australia reports that dementia is growing by 1,500 cases per week in Australia. That figure is expected to rise to 7,400 cases a week by 2050 - unless a medical breakthrough or cure is found.

Click here to search for jobs in aged care.

Leaders in the aged care industry have also voiced concerns about the growing need for skilled and qualified aged care workers. Kathy Forrest, Managing Director and owner of Dutiful Daughters spoke to Australian Ageing Agenda magazine about the challenges the industry faces.

"I think the challenge arises from the sheer number of people who will require some sort of aged care care in the coming years," she said.

By choosing to work in aged care, you will be working in one of Australia’s fastest growing industries and an industry where skilled workers are in high demand.

Click here to search for courses and training in aged care.