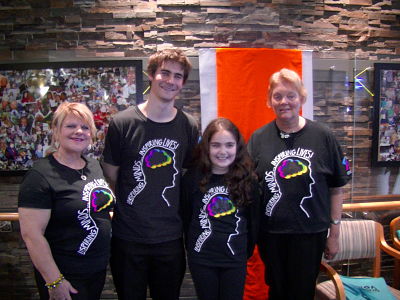 While most of the choristers are over 80, their youngest singer, Charli, is only ten.

Charli’s grandmother, Betty and her friend, Marlene, became involved through Benetas partnership with Creativity Australia, a not-for-profit group that organises community choirs across the country.

According to 25-year-old conductor, Kym, this is the first time Creativity Australia have engaged an aged care company on such a large scale.

“The idea is to bring people like Marlene and Betty into the facility,” Kym said.

“The feeling of the place has just lifted.

“People are singing the songs in the corridors.”

The power of song has not only bridged a generational gap but united people of different genders, nationalities and backgrounds.

The St George’s residency is an extremely culturally diverse group, with over 20 nationalities represented and half of those from non-English speaking backgrounds.

“We concentrate on the songs that most of our members are familiar with; the songs of yesteryear,” Ms Naldoza said.

With One Voice: Altona Meadows meets every Tuesday at St George’s from 6 - 7pm to sing, eat supper and share stories.

Everyone is welcome and there are no auditions necessary.