A Sport for All 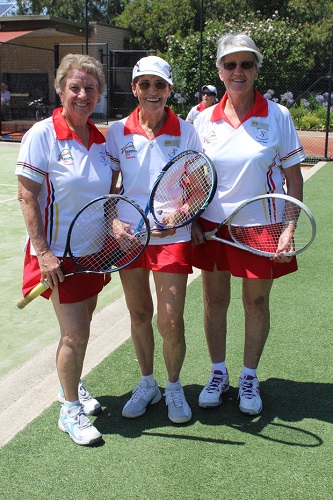 For Claire DeMack, tennis is a way of life. She began playing the sport when she was 12 years old and her parents were also avid competitors, so those athletic genes were passed on to her.

"When I first started, the girls would play tennis and the boys would play football,” Claire says.

Now Claire is 82 years old, playing with three clubs and still competing in tournaments – sometimes she even plays twice a day! For the next week, Claire is among the hundreds of competitors vying for team trophies at the Australian Tennis Seniors’ Championship. She and her team mates, who have all had years of experience in the tactical game, are playing for South Australia in the 65+ age group.

The racket sport has helped Claire keep fit over the years, but she really values the friendships she has built and the atmosphere of the game.

“I have friends at all of the clubs I play at, they’re all beautiful people,” she says. “It’s a wonderful environment.”

Southern Cross Care SA & NT is a proud sponsor of the Australian Tennis Seniors’ Championship, which takes place from 8 January to 20 January 2017. There are doubles, singles and mixed doubles matches spread throughout the event and over 900 players. There are over 110 teams in the first week of the competition, while the second week will feature individual championship events with about 300 players.

Click here to find out more about Southern Cross Care's aged care services in South Australia and the Northern Territory.