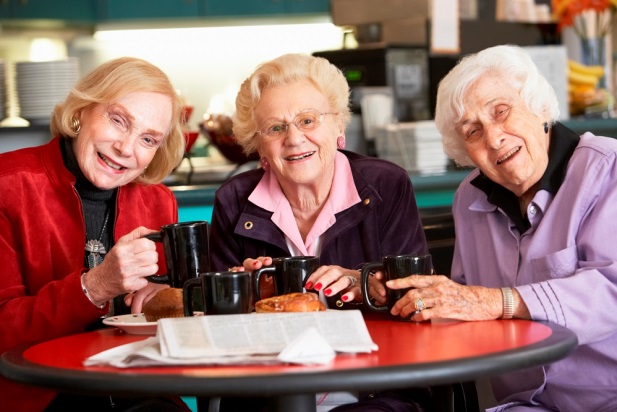 It started with a piece of cake and a coffee as part of a community café program at SummitCare Wallsend, and has resulted in an program that will bring respite to carers of older Australians living in the area.

The residential aged care centre is now offering a service that allows carers to plan ahead and book their loved ones in for respite care.

According to SummitCare Wallsend manager Glenn Kirkman, after talking to carers who were bringing their loved ones in for a coffee at the monthly Summit Social gatherings, he began to see a need and he and his team realised many carers wanted the ability to be able to book a holiday or even just have a couple of days off.

“We started Summit Social as a way to engage the local community – especially older people and their carers who want to get out and about - but what we found was there is a real need for people around here to be able to plan ahead with respite care.

“Until now, there has been no flexible respite care service available in the Wallsend and Hunter area and yet there are a huge number of people who are caring for their older parents and relatives.”

Glenn said that he recognises people want certainty around the quality of care for relatives, particularly for those who are suffering dementia or who are prone to falls.

“It can be so difficult for people who have the responsibility of caring for their elderly mum or dad.  They need a break but they often leave it until breaking point rather than planning ahead and saying ‘let’s book mum into respite and book ourselves a holiday in September’,” he added.

Today, Glenn and his team also work with local hospitals to ensure their personnel are also aware of the service.