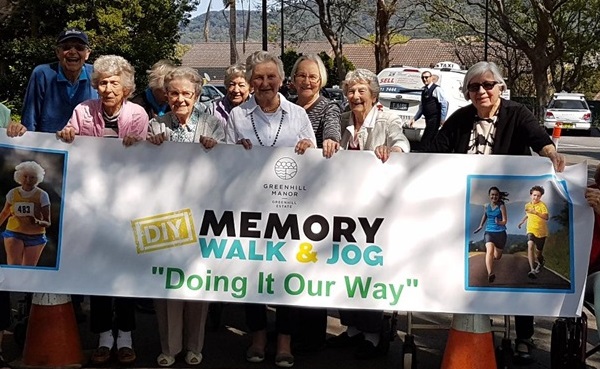 The 21st of September 2017 was World Alzheimer’s Day and the staff at Greenhill Manor wanted to recognise this day by raising funds for Dementia Australia by participating in the ‘DIY Memory Walk and Jog’.

Greenhill Manor, located in Figtree NSW, opened its doors in October 2016.  As an aged care residence complete with a purpose-built Memory Care Wing, staff wanted to raise awareness and funds for people in the Community who are suffering with the symptoms of Dementia and Alzheimer’s.

After a week of planned activities including sponsored walks, painting a car (by hand!), decorating cupcakes, concerts and craft, Saturday saw residents and families enjoy a fun filled day of entertainment, sing-a-longs, jumping castle, raffles and prizes, family fun walks and lots and lots of food.

Despite the hot weather families and residents came to show their support and the day was a huge success with over $1400 raised to donate to Dementia Australia.

Find out more about Greenhill Manor.