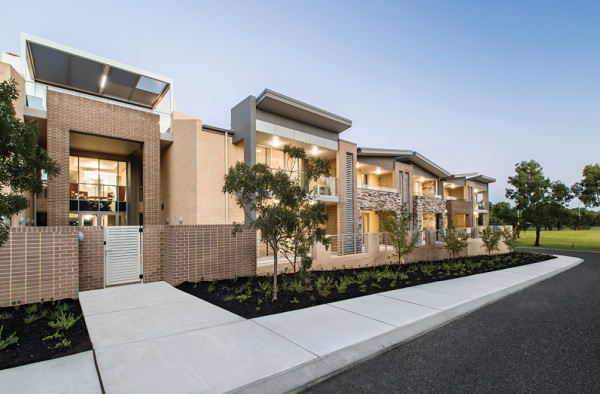 The awards were presented at a gala dinner on 27 November on the Gold Coast, recognising high achievement across all areas of the retirement living sector, by people and companies helping to ensure senior Australians enjoy a quality retirement.

The ‘Retirement Living Innovation’ Award was launched this year and recognises innovative practices for the benefit of retirement village residents. Bethanie was up against 10 strong finalists including entries from Stockland, AVEO and Blue Care, and judges commented that the award was one of the highest calibre.

Bethanie Chief Executive Officer Chris How comments, “This is wonderful recognition for all the vision, planning, energy, dedication and hard work that has gone into transforming a lakeside vacant piece of land into a fantastic outcome for Bethanie, the Perth community and our customers.”

Consisting of 62 independent living apartments and a separate 112-bed aged care facility, Bethanie Gwelup was recognised for the many innovations, which allows independent retirement living residents to age in place.

Ben Myers, Executive Director – Retirement Living at the Property Council of Australia, says the Bethanie campus model enabled residents to have more control over their future and how they want to live.

“Senior Australians have an expectation that when they move to a retirement village, it is the last move they make in their life,” Mr Myers said. “The Bethanie campus model enables people to make that move with certainty, knowing their home can be adapted to their changing needs.”

Independent living residents can directly access support and care services when needed without having to leave their building, and can order freshly cooked meals from the central kitchen via their televisions using the Bethanie ‘infotainment’ system.

Both buildings are equipped with an Integrated Extra Low Voltage System (IELVS). The IELVS monitors emergency and security controls, lighting and building equipment to identify malfunctions and automatically distributes work orders to fix them.

A key feature of the Bethanie Gwelup Aged Care and Retirement Living Campus is that it allows couples to remain on the same site, even if one person’s care needs are more advanced than the other.

Chris adds, “WA’s ageing population meant an integrated campus model made perfect sense. We have built a development, which remains relevant, viable, useful and sustainable in the aged care and retirement living industry at present and in the future. It is an innovative solution with long-term benefits which demonstrates both tangible economic and social dividends.”

Chris concludes, “It’s one thing to put bricks on top of one other, it’s another thing to create a new community and make it as warm and welcoming as Bethanie Gwelup is.”