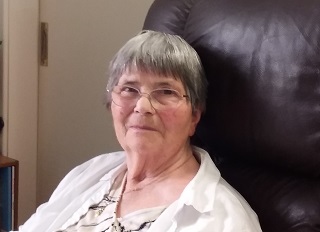 Australia Day has special meaning for Mercy Place Edgewater resident and retired registered nurse Heather Addison who immigrated to Western Australia from the UK like thousands of others before her.

But unlike the majority, Heather didn’t arrive here as a child, a teenager or a young parent, but as a senior, having just celebrated her 70th birthday before touching down in Perth during 2007, where she was met by her three children who had already emigrated with their families.

And since making her home in Perth’s northern suburbs - a far cry from her small hometown just outside Edinburgh in Scotland - Heather admits she has loved every minute of life in Australia.

“I love the fact that people aren’t as formal as they are back in the UK, and in fact are much friendlier in many ways,” says 82-year-old Heather, who has six grandchildren. “Plus the weather is a joy for most of the year.”

Just prior to her arrival in Perth, Heather suffered a major stroke which left her paralysed down her left hand side. But after being introduced to a research project being carried out by a clinical psychologist through Sir Charles Gardiner hospital, Heather went on to become a founding member of a stroke support group that meets every week at the hospital.

“I love living in Australia and I really think you get what you give in life, which has really been borne out by the support I have received myself since helping to found the stroke support group,” she says.

“Australia is often called the young country, but I have found it to be a wonderful place to live as an older person too.”

Mercy Place Edgewater Service Manager, Alison Devonport, who was born in England, says Mercy Health had a rich cultural diversity amongst its team in Edgewater, with many staff members as well as residents having moved to Australia from overseas.

“I think we’re all very excited about celebrating Australia Day,” she says. “Our lifestyle staff have planned some great events on the day, including a traditional Aussie barby, to really engage residents with the spirit of our nation.

“Certainly the Mercy Health team, as well as our residents, are hugely proud to be Australian, and at the same time we are very respectful of other people’s backgrounds, religions and heritage.”