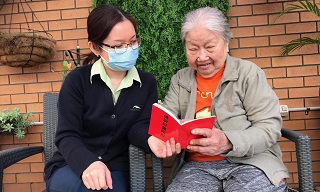 SummitCare is not only a leader in the residential aged care sector, the organisation contributes to projects with industry peak bodies, academic groups and researchers in a range of ways.

SummitCare commenced operations in 1966 and today is proud to operate ten homes across Sydney and in Wallsend, Newcastle. Its wealth of experience, looking after many thousands of residents over that time, positions the organisation as an invaluable industry advisor to the whole sector.

Director, Peter Wohl, says that SummitCare sees its role as, primarily a provider of distinction, but also as a trusted contributor to thought leadership, industry-wide innovation and shared knowledge.

“We’ve been collaborating with other groups like Dementia Australia, Meaningful Ageing Australia, Leading Aged Care Services Australia, universities and other teaching institutions, governments at all levels, research teams, and representative and advocacy agencies for a long time,” he says.

“We see it as our responsibility to give back and help develop programs and projects that, ultimately, will benefit all older Australians and the professionals who look after them.”

Collectively, across the group, SummitCare has a lot to offer as an industry advisor. Their clinicians, allied health professionals and care workers are some of the most experienced in Australia and bring a wealth of knowledge to contribute.

SummitCare is a member of Meaningful Ageing Australia, working with the organisation to implement excellent initiatives for their residents such as the “See Me, Know Me” campaign, they have recently partnered with them on a program to better serve residents’ spiritual care and are now looking into a joint spiritual care Volunteer Program.

Leading Aged Services Australia, known as LASA, is the national association for all providers of age services across residential care and retirement living/seniors housing. SummitCare has partnered with LASA in consultation with Dementia Australia on the Dementia Australia Quality Care Initiative Action Plan. Recently, SummitCare, as LASA members, worked on a submission to the Royal Commission into Aged Care Quality and Safety, making a series of key recommendations.

With the University of Wollongong, SummitCare is now contributing to the Palliative Care Collaboration project and is also participating in Macquarie University’s study, The Role of Social Support Services and Social Networks in Residential Aged care.

Peter Wohl explains that SummitCare is delighted to work with industry partners who align with SummitCare values.

“The mental and physical health and wellbeing of our residents is paramount,” he says.

“If we can contribute our professional skills, our knowledge and experience to like-minded projects and organisations that will help the whole sector and the people we care for, we’re very happy to contribute.”