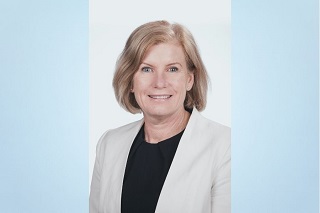 Capecare has announced the appointment of Joanne Penman as the organsation’s new Chief Executive Officer. Capecare Chair Nadine Carter said Ms Penman brought to the role a wealth of experience having worked in the aged care and health sectors in senior executive, management and clinical roles over the past 20 years.

“Joanne joins the organisation from well-respected not for profit provider Mercy Care where she has served as Executive Director Aged Care & Disability Services for over four years, along with a recently combined portfolio of Acting Executive Director Community, Family and Children Services. Prior to joining Mercy Care, Joanne was Director of Community Support Services, Country Services with the Silver Chain Group.

“Joanne has a long-standing and strong personal commitment to Capecare and caring for the most vulnerable in our community.

“Her appointment is a homecoming of sorts, as she previously served as Capecare’s Director Care Services from 2005 to 2011.”

Ms Penman said she was excited to be returning home to the south west.

“I’m equally thrilled to be returning to Capecare, having worked with the organisation for six and a half years. It’s been 10 years and I know Capecare has grown significantly since that time,” Ms Penman said.

“I love the fact that Capecare is a community-based organisation and its primary focus is providing aged care services to the Capes community.

“I’m so impressed with the new Dunsborough facility, delivered during an extremely challenging time for the sector, and in the organisation’s 60th year.

“I’m looking forward to reconnecting with staff I remember from my time at Capecare and meeting the rest of the team.

Find out more about Capecare.